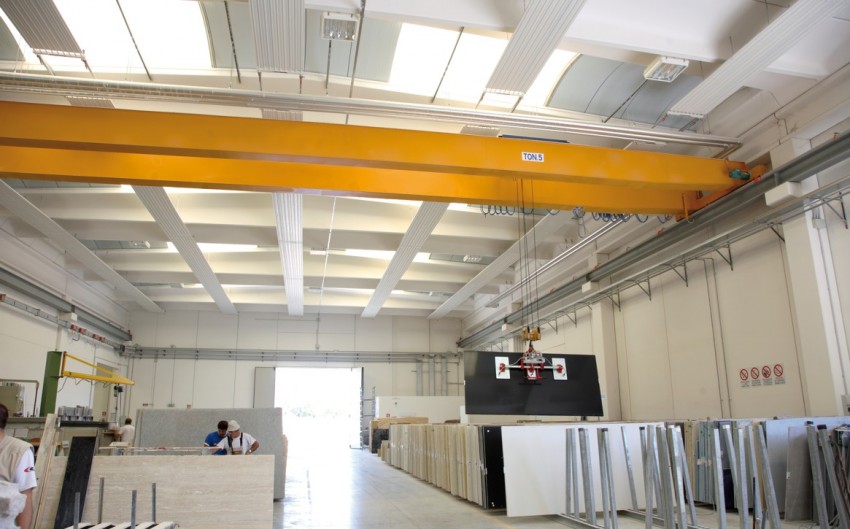 Elephant designs and makes overhead crane or bridge cranes to satisfy requirements for moving large loads for all industrial sectors.

STRUCTURE OF THE BRIDGE CRANE

The load bearing beams are made out of sheet steel and the bridge may be supported on rails or suspended below them. Movement will be manual or electric in the case of a suspended bridge, while the supported bridge is built in the motorized version.

Elephant produces two different types of overhead crane, depending on whether there are one or two support beams:

The single beam crane, supported, has a maximum capacity of 10 tonnes and a range of not greater than 25 m.

The double beam crane on the other hand is designed to carry up to 60 tonnes with and maximum range of 32 m.

By request, bridge cranes can be designed and built according to the client’s requirements, even should that not fall into the standard Elephant production lines.

The beams of this crane can be supplied with bolted joints, such as to facilitate transport even with 40 foot open top containers.

By request, lowered versions of bridge crane are made, such as better to exploit the height of the industrial shed.

Overhead cranes are normally used by heavy industry to move significant loads.  Given the different requirements which are to be confronted, these present a number of differences compared with suspended and jib cranes.

With overhead cranes, blocks and tackle with cables are used rather than chains, with main electrical power lines as against compressed air: indeed, due to the length of the runs, it would be difficult to install pneumatic under-hook accessories, for which these also are powered electrically and they can be connected to the hoist using spoolers or springs.

The movement commands are sent by remote control or suspended control unit.

With regard to the electrical power supply lines along the bridge, the power cable is of the flame-retardant type and moves to follow the movement of the hoist.

The power supply along the run of the bridges may be supplied in two different ways:

It is possible to personalise the bridge crane with the insertion of one or more hoists, even with simultaneous action. 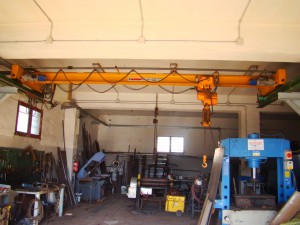 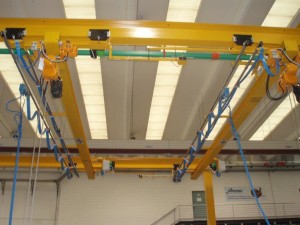 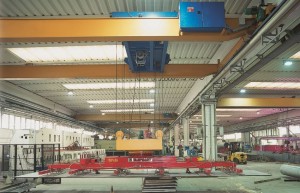 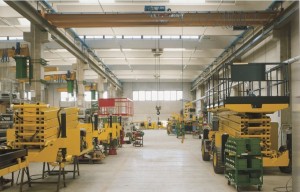 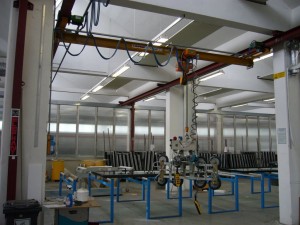 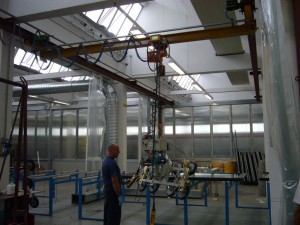 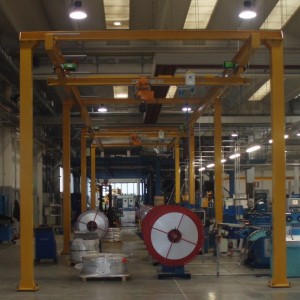 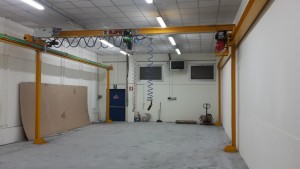 Sorry, this entry is only available in Italian.

Special systems
We develop solutions and specific customizations for your company
Go to page
Need more informations?
Contact us now
Follow us